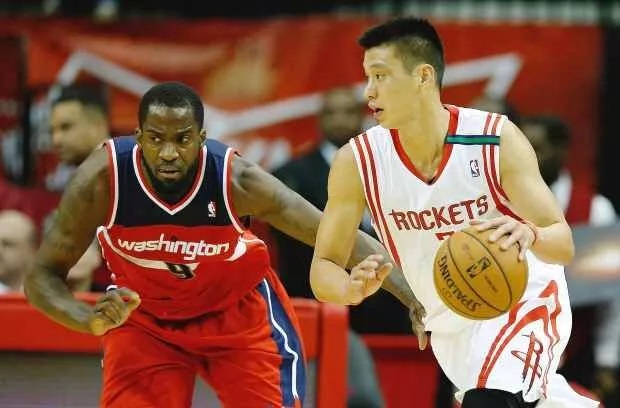 CHARLOTTE, N.C. – New Hornets guard Jeremy Lin says he had trouble convincing a security guard that he’s an NBA player when he showed …

Jeremy Lin of the Houston Rockets (right) drives against Martell Webster of the Washington Wizards at the Toyota Center in Wednesday’s National Basketball Association action in Houston.

CHARLOTTE, N.C. – New Hornets guard Jeremy Lin says he had trouble convincing a security guard that he’s an NBA player when he showed up at the team’s Charlotte arena.

The NBA’s first American player of Chinese or Taiwanese descent, Lin tweeted about the encounter Saturday afternoon: “Went to the Hornets arena for 1st time and tried convincing security im a player. She said, ‘what team?!?'”

He also added a hashtag with the word “literally.”

A Hornets spokesman said the team didn’t have any comment.

The 6-foot-3 Lin signed with the Hornets in July.

Lin played at Harvard and went undrafted before making a name for himself during the second half of the 2012 season with the Knicks. His knack for hitting big shots and double-figure scoring average sparked the term “Linsanity.”

His playing time and production decreased during stints with the Lakers and Rockets.