CBC.ca–45 minutes ago
He is one of dozens of security personnel featured in the new CBC-TV series, Keeping Canada Safe. The eight-part show aims to pull back the …
NEW

CBC-TV series was shot over 48 hours in 34 cities

Keith Everett drives the airfield with his falcon, Bullet, opening the window of his vehicle when he spots a flock of birds threatening to get in the way of approaching planes.

He is one of dozens of security personnel featured in the new CBC-TV series, Keeping Canada Safe.

The eight-part show aims to pull back the curtain on ordinary people working important jobs you might not even know about.

The series was shot over the same 48 hours in September 2016 with 60 camera crews across Canada.

Everett and his falcon star in the show’s second episode, which offers a firsthand view of the falcon at work at Toronto’s Pearson International Airport.

According to Everett, the first and last four minutes of your flight are the most dangerous for bird strikes.

“It’s a constant threat,” Everett explained. “Maybe not so much on a catastrophic level, but certainly in the millions of dollars it causes the commercial airline industry. People don’t realize.” 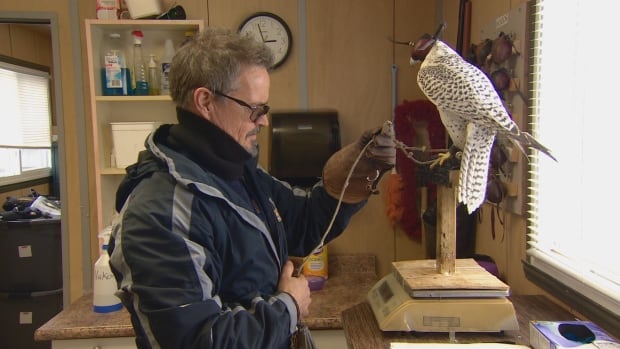 Everett weighs the birds before each flight. (Stephanie vanKampen/CBC)

From a small-town police chief doing road checks in Prince Edward Island to a Toronto self-defence instructor, the show drops in on the lives of a wide cross-section of professions in 34 cities across the country.

Arij Elmi teaches Wen-Do, a form of self-defence to women.

“I want to see a world in which every girl and woman is free from the threat of violence,” Elmi explains in episode three. 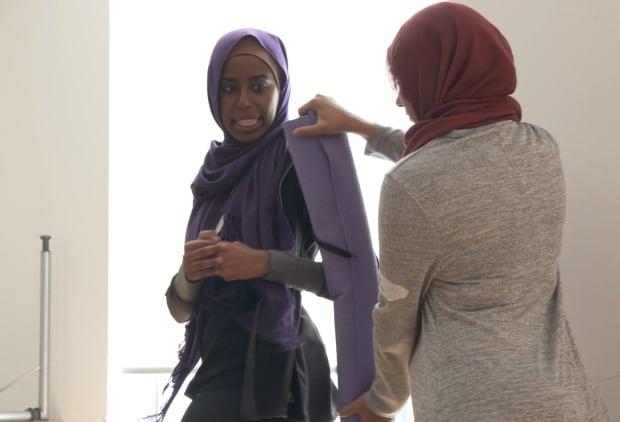 Wen-Do instructor Arij Elmi teaches women in Toronto a physical and verbal form of self-defence that dates back to the 1960s. (Force Four Productions)

The trailer for the show ends with the line: “There’s danger every day.”

“Research shows that our sense of danger is based more on our perceived threat rather than reality,” said Amitay.

“This program can heighten that sense of danger or threat, but it can also make us feel that if we know that there are systems in place, there are people in charge who are able to take care of this danger, we can have a better sense of security and well-being.” 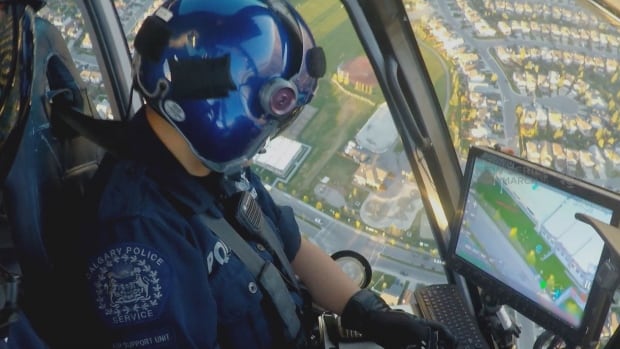 Constable Dan Kim with the Calgary police patrols the city from the air. Kim and his team are featured in an episode of the show. (Force Four Productions)

Dianna Bodnar, the show’s supervising producer, recognized the series debuts at a time when security issues are top of mind for many Canadians. She said she hopes the stories of “everyday heroes” will inspire confidence and hope.

“What I really hope people take away from the show is to be able to expand your mind and your imagination to walk in someone’s shoes,” explained Bodnar.

The series airs Thursdays at 9 p.m. ET, with 30 minute episodes back-to-back. Of the 60 stories captured, about half are featured on the show. The rest are told in accompanying videos and can be found at .