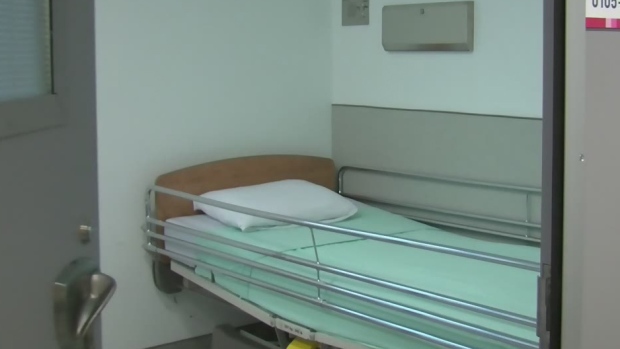 One man is facing charges of strangling two nurses in the psychiatric ward after being admitted on Friday.

Hospital staff said this attack is just one of several security issues they’ve discussed with management this year, with Manuel Fernandes saying aggressive patients have injured several people this year.

“We’ve had employees who have been struck. Right now we have about five employees that are off, we have one that will end up with permanent limitations,” said the MUHC CSN spokesperson.

At one meeting staff said more security personnel were needed.

However, as patients’ rights advocate Pierre Blain points out, the MUHC has a tight budget and the provincial budget will not permit a deficit.

According to the Canadian Association of Emergency Physicians, attacks in emergency rooms are on the rise.

“The emergency department is now virtually crowded all the time. People come and wait eight hours in uncomfortable waiting rooms and that can escalate any agitation that they may have,” said Drummond.

He said 85 percent of ER personnel witness verbal or physical abuse each day.

“In our own hospital a couple of weeks ago a registration nurse was attacked with a pair of scissors. This goes on all the time,” said Drummond, who works in Perth, Ontario.

Following the latest attack, the MUHC changed a job description, turning a security guard from part-time to full time.

But the first guard installed was not trained for the job.

That guard has since been replaced.

The Montreal General Hospital has 2,000 such incidents each year.