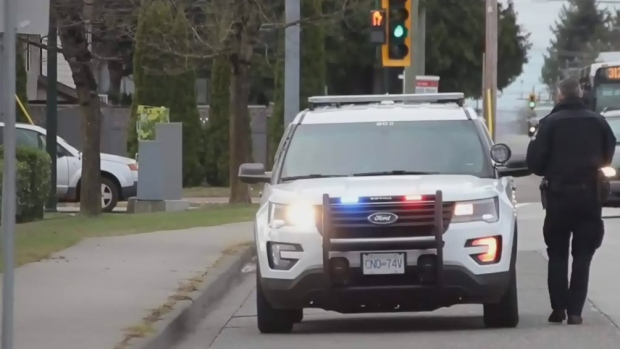 A security guard at a Delta Walmart was stabbed by a suspected shoplifter when the guard tried to confront the person Saturday.

Police were on scene after a security guard was stabbed while confronting a suspected shoplifter at a Walmart in Delta, B.C. on Nov. 18, 2017.

The suspect fled the scene, but police apprehended him after containing the area and deploying a canine unit.

Brooks said the suspect is a man in his 20s with no fixed address.

The security guard was taken to hospital with serious injuries, but he is expected to survive.

A man who used to work as a loss prevention officer at Safeway says apprehending a suspect is always inherently risky.

“The part that I always dreaded was the apprehension. Because so many things can go wrong,” said Chris Brideaux. “It can go from bad to worse in, like, a second.”

He said security guards often don’t have much protection on the job or means of detaining a suspect.

The Walmart where the stabbing in Delta took place was quite busy with holiday shoppers at that time, but Brooks said no one else was hurt.