U of W enhances security precautions following a number of crimes …

U of W enhances security precautions following a number of crimes …

CTV News–Nov 14, 2017
The enhanced security follows two stabbings that occurred on campus Thursday night when a suspect approached a victim demanding he … 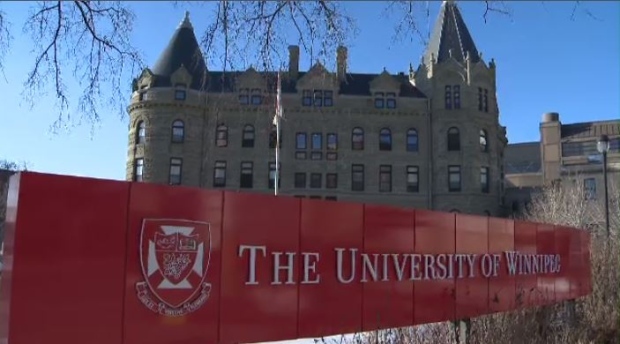 The University of Winnipeg said it takes safety very seriously following a number of assaults and thefts on campus over the past month.

The university said effective immediately, there will be an increase in patrols throughout the day and evening hours on campus.

Experienced guards will be placed at high traffic entrances such as the LockHart Hall entrance that faces Ellice Avenue.

The enhanced security follows two stabbings that occurred on campus Thursday night when a suspect approached a victim demanding he hand over his laptop. When the victim refused the suspect stabbed the victim and stole his cellphone.

The suspect was then confronted by a group of people before stabbing a second victim in the midsection.

The university said an audit is also being completed within the next few weeks and further security practices will be shared as a result of the audit. The U of W said a preliminary recommendation is to create controlled access spaces for students on campus.

Officials said no one should chase or attempt to stop a suspect and should immediately call 911 or campus security at 204-786-6666.

Anyone on campus is also urged to use the university’s Safety App available through Apple or Google Play. The app has emergency contacts available at one click and also features a friend walk option that’s allows you to be visible in real time as you walk to your destination.

The university said they also have SafeRide and SafeWalk programs available on campus.